PMA is advanced solvent. The molecule has both an ether bond and a carbonyl group, and the carbonyl group forms an ester structure and also contains an alkyl group. In the same molecule, there are both non-polar and polar moieties, and the functional groups of the two moieties both restrict each other and play their respective roles. Therefore, it has a certain ability to dissolve non-polar substances and polar substances.

Propylene glycol methyl ether acetate (PMA) is an important advanced solvent with strong solubility for both polar and non-polar substances. Its solubility is much higher than that of common solvents and propylene glycol ethers and glycol ether solvents, and it has good miscibility with water.

1) PMA can be used as a solvent for cellulose, polymers, rubber and natural macromolecules. Because PMA has high solubility, good environmental performance, excellent thermal stability and small viscosity change, it is widely used in coatings, inks, printing and dyeing and pesticides, and is replacing highly toxic glycol ethers and esters.

2) PMA also can be used as a cleaning agent in the production of liquid crystal displays.

4) Storage: Keep away from fire and heat, storage house temperature should not exceed 30 ℃. 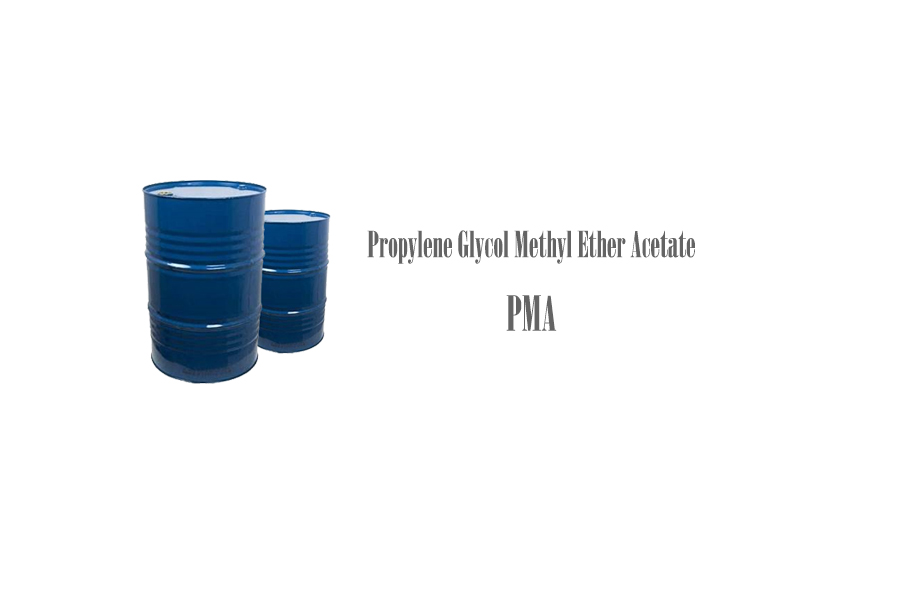